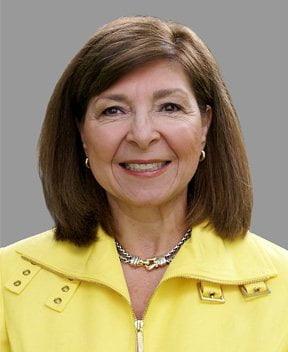 Called a “trailblazer” by the Waukesha Freeman and Oconomowoc Enterprise, M. Angela Dentice has spent her entire life focused on helping those in need. Ms. Dentice spent her early years living in the Italian neighborhood of the Third Ward in Milwaukee. She attended Holy Angels High School. Before attending law school, Ms. Dentice graduated from Marquette University in 1970 and received a Master’s Degree from the University of Wisconsin-Milwaukee in 1974.

Because she was a former teacher of handicapped children and supervised a vocational program for the handicapped, Ms. Dentice has unique experience advocating on behalf of adults and children who have suffered a brain injury, including a traumatic brain injury. She is a member of the Board of Directors of the Wisconsin Brain Injury Society of Wisconsin. Ms. Dentice is proud to be one of the founding members of the Association of Plaintiff Interstate Trucking Lawyers of America and is on the National Advisory Board of this organization.

Ms. Dentice is a frequent lecturer to lawyer groups in Wisconsin and in various states and has authored numerous articles on various aspects of personal injury and traumatic brain injury law.

Ms. Dentice is married to Benn DiPasquale, a retired partner of Foley & Lardner. Mr. DiPasquale is on the Board of Directors of the Counsel for the Spanish Speaking. Ms. Dentice has a son and daughter-in-law who reside in Madison, Wisconsin, four step-daughters and four grandchildren, all of whom reside in different parts of the country.